12 stunning national parks in Turkey to escape the crowds 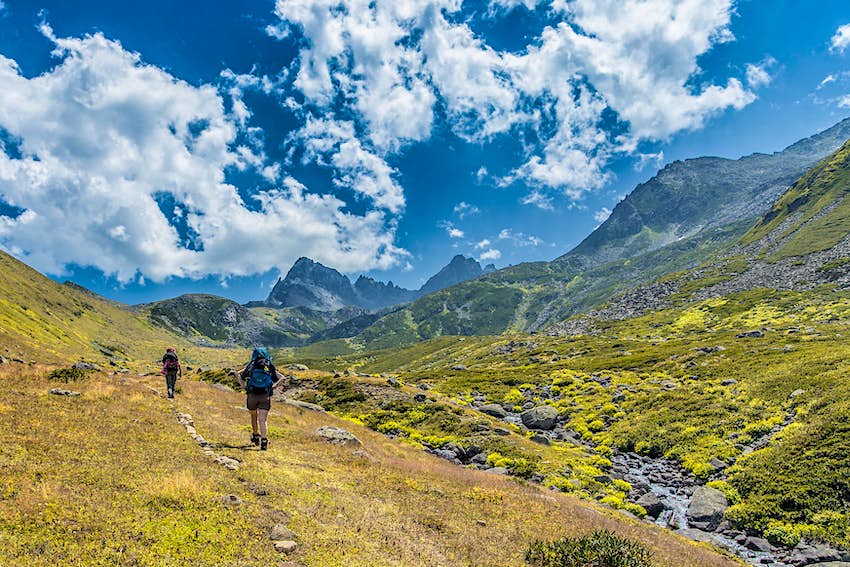 From towering peaks to deep canyons, sparkling coastlines to dense forests, Turkey has a wealth of natural beauty to complement its world-famous historical sites.

Know before you go

Outdoor activities are still slowly gaining a foothold in Turkey, and it’s not always easy to find information about (or markings for!) hiking trails and other recreational opportunities. The Antalya-based NGO Culture Routes Society has done heroic work establishing and maintaining a network of long-distance paths, and many local municipalities are starting to see the benefits and follow suit. Trekking with a guide is a good option in many less-visited areas, and hikers who want to go out on their own would do well to search trail websites beforehand for GPS tracks to download.

Sadly, status as a national park – or other designation such as tabiat parkı (nature park), koruma alanı (protection area) or kuş cenneti (bird sanctuary) – doesn’t always mean an area will be free of poorly planned development, crowds or carelessly tossed trash. But you don’t usually have to venture far from the main parking lots and picnic areas to have spectacular landscapes nearly all to yourself.

The pine-shaded ancient ruins of Olympos and Phaselis lie within the boundaries of Beydağları Coastal National Park in the Mediterranean province of Antalya, as do some fine beaches, notably those in Çiralı and Adrasan. Above Çiralı is the famous “burning rock” known as the Chimaera. Here, natural gas escaping from the earth creates small fires that burn continuously – a phenomenon, according to legend, caused by the breath of a part-lion, part-goat and part-snake monster that once terrorised this region.

A section of Turkey’s best-known hiking path, the Lycian Way, runs through the national park, and another important archaeological site, the grand hilltop ruins of Termessos, is only an hour away by car.

The rugged peaks of the Kaçkar Mountains soar above the eastern Black Sea coast, dappled with glacial lakes, high-altitude pastures called yayla and tiny alpine villages. Scaling Mt. Kaçkar (12,916ft) and crossing the range from north to south (or vice versa) are the most popular hikes in this wild – and wildly beautiful – backcountry. Some trails are only accessible without snow and ice gear for a short period each summer.

A canoe tour is the best way to explore this rare ecosystem, a floodplain forest in Turkey’s far northwestern region of Thrace. Here, a watery world of reed-filled marshes, swamps and lakes empties past coastal sand dunes into the Black Sea. Visitors will find walking and biking paths within the national park.

Get more travel inspiration, tips and exclusive offers sent straight to your inbox with our weekly newsletter.

A world away from the nearby resort town of Kuşadası, the serene beaches of the Dilek Peninsula are lapped by clear blue water and backed by lush pine forests. Facilities are rustic but clean, and family-friendly walking paths wind through the woods along with more strenuous trails, which offer superb views of the Aegean Sea and the Greek island of Samos.

This stark and stunning high-altitude national park, featuring glacial lakes, waterfalls and wildlife, covers more than 135,000 mountainous acres between Kayseri and Adana. Its four major peaks, all above 9840ft, draw trekkers and climbers, while less ambitious nature-lovers can visit on a day trip from Cappadocia. Limited accommodation can be found mostly around the village of Çukurbağ.

Close enough to Istanbul for a weekend trip, Uludağ (Great Mountain) in Bursa is one of Turkey’s most popular ski areas, with 24km of runs and around two dozen hotels to choose from. Visitors in the summer months can hike through the coniferous forests on the mountain’s slopes, though trails are not well-marked. An 8km-long cable car provides access year-round.

A Roman-era stone bridge marks the entrance to this steep, scenic canyon in Antalya’s Manavgat area, one of the longest in Turkey at more than 14km. A popular destination for whitewater rafting and canoeing, the area also draws rock climbers and mountain bikers. Part of the long-distance (500km) walking path the St. Paul Trail passes through here too. For those who don’t fancy exerting themselves, waterfront restaurants serve fresh river trout and offer a lovely setting to while away an afternoon.

Escape from the busy beach resorts of Marmaris into these quiet woods, where walking paths wind gently around small lakes and across wooden bridges to picnic areas, viewing terraces and children’s playgrounds. The national park also contains a small beach and some archaeological ruins to explore.

More than 250 species of birds, including pelicans, herons, spoonbills, cormorants and geese, can be spotted nesting or resting in this 158-acre wetland, an important location on avian migratory paths between Europe and Africa. A 57ft-high platform offers sweeping views over the lake waters, willow groves and reed beds of this bird sanctuary in the western province of Balıkesir, just across the Marmara Sea from Istanbul.

Covering more than 100,000 acres, this national park in the eastern province of Tunceli is the largest in Turkey – and the most biodiverse. Home to mountain goats, wild boar, foxes, lynx, badgers and even wolves and bears, it also boasts some 1500 plant species. Hiking and rafting are among the options for exploring its mountains, valleys, rivers, springs and mixed forests. The weather can be harsh outside summer months.

In the summer and fall, the water levels are high enough to float into Altınbeşik Cave on rubber rafts to explore the cavern’s gigantic underground lake, gliding past stalactites, stalagmites and travertines. The surrounding landscape in the Manavgat Valley of Antalya is a dramatic mix of karst and pine forests.

Yedigöller translates to ‘Seven Lakes’ in English, and that’s exactly what you’ll find in this national park in the northern province of Bolu. The namesake lakes were formed by avalanches and today are ringed by mixed forests that burst into brilliant displays of color each fall. The Kapankaya Manzara Seyir Yeri, a scenic overlook, is one of the most popular places in the park to visit.